It all began in 1966. Frigeri was founded with a clear philosophy: that excellence in diemaking was not the prerogative of large companies.

Frigeri began as a family company, and the family dimension, with all the values it implies, remains still today.

We are a small company founded by a great man, Secondo Frigeri. His values and great originality still lie behind our every product, process or action.

Our strength is thinking big. We aim to give our customer the greatest value at the lowest cost.

Frigeri is a big small company.

But today Frigeri has come a long way. Already in the first years of the new century, powerful computer tools were being used to add a new dimension.

Every detail, every critical element is subjected to exhaustive virtual testing and even once the production process has started, feedback is continuous and effective, for every single employee is encouraged to contribute to perfecting every tiny detail.

No two customers are the same.

That’s why our competences, processes and resources are always modelled on the laws that govern each customer’s universe. This is how we can give every customer a competitive edge.

All our customers are singular.

A focus on processes that has a twofold aim: excellence in production, certainly, but also containment of costs. In a market where many operators cut corners to cut costs, where cheap sources of manpower may hold down prices but inevitably compromise the end result, Frigeri accepts no compromises: ever greater efficiency is what makes Frigeri excellence affordable.

Computer technology and its application to manufacturing processes is evolving rapidly. What does the future hold for Frigeri?

We are seeking in many ways to create the future, today.

Our future is in our present.

Frigeri has never stood still. And today it’s more determined than ever to seek out new ways of bringing affordable excellence to its customers worldwide.

Maybe it’s time for you too to change diemension. 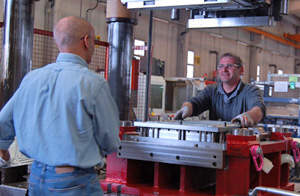 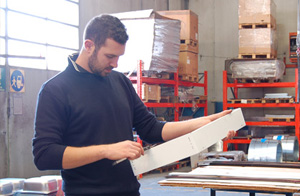 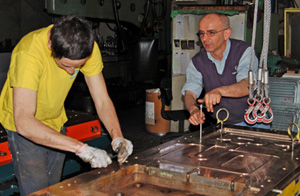 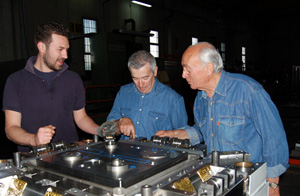 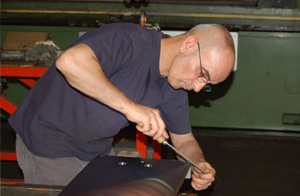 Frigeri has acquired ISO 9001:2008 Certification
Guastalla, Italy, 30 August 2014. Frigeri is proud to announce another step in its ..